Terry's 87th birthday at The Beeches 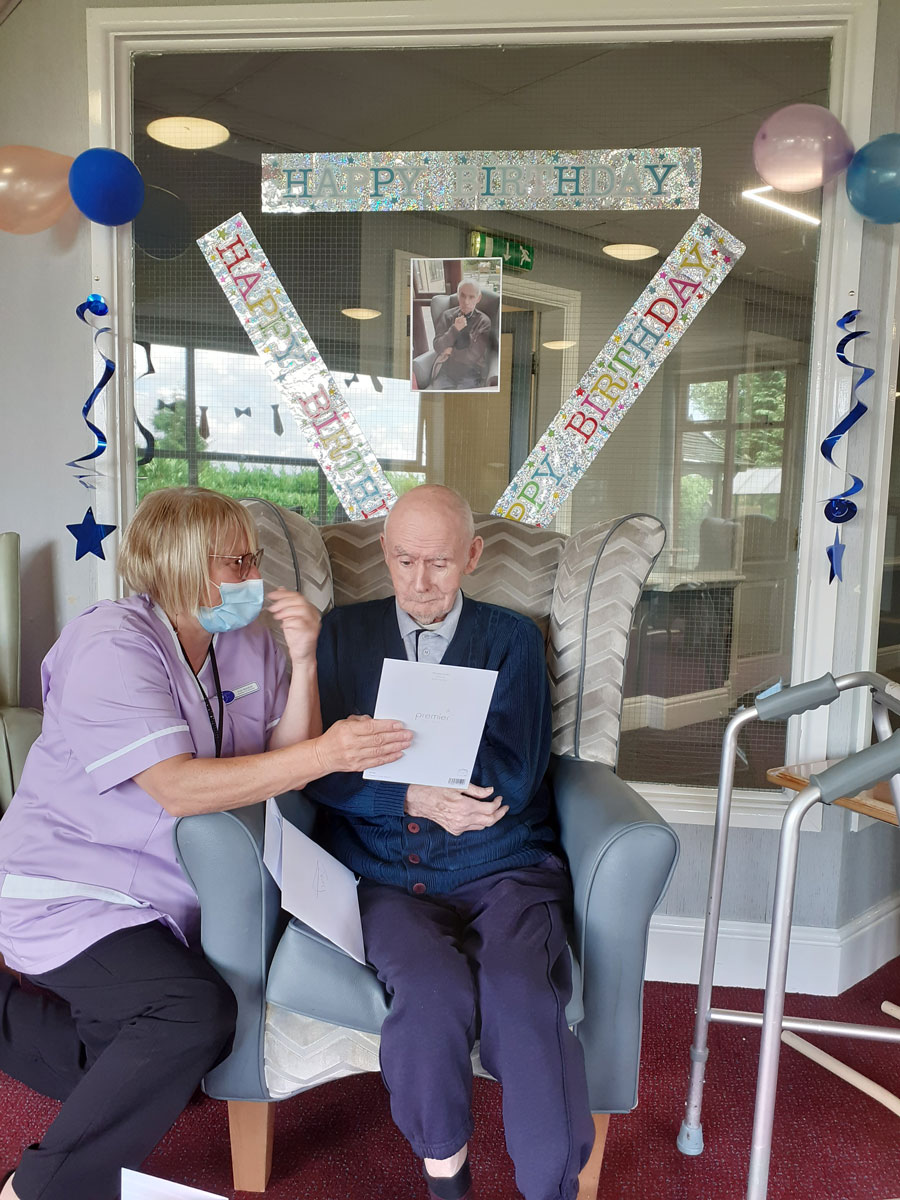 Last week Terry, a resident in The Beeches Care Home, celebrated his 87th birthday where the Activities Team trimmed Terry's room and created a special celebration area in the main lounge.

They then opened presents and birthday cards with Terry from his family.

Terry really enjoyed eating mint chocolate teacakes which were sent by his family, he was delighted to have a pack all for himself to enjoy when he wants. 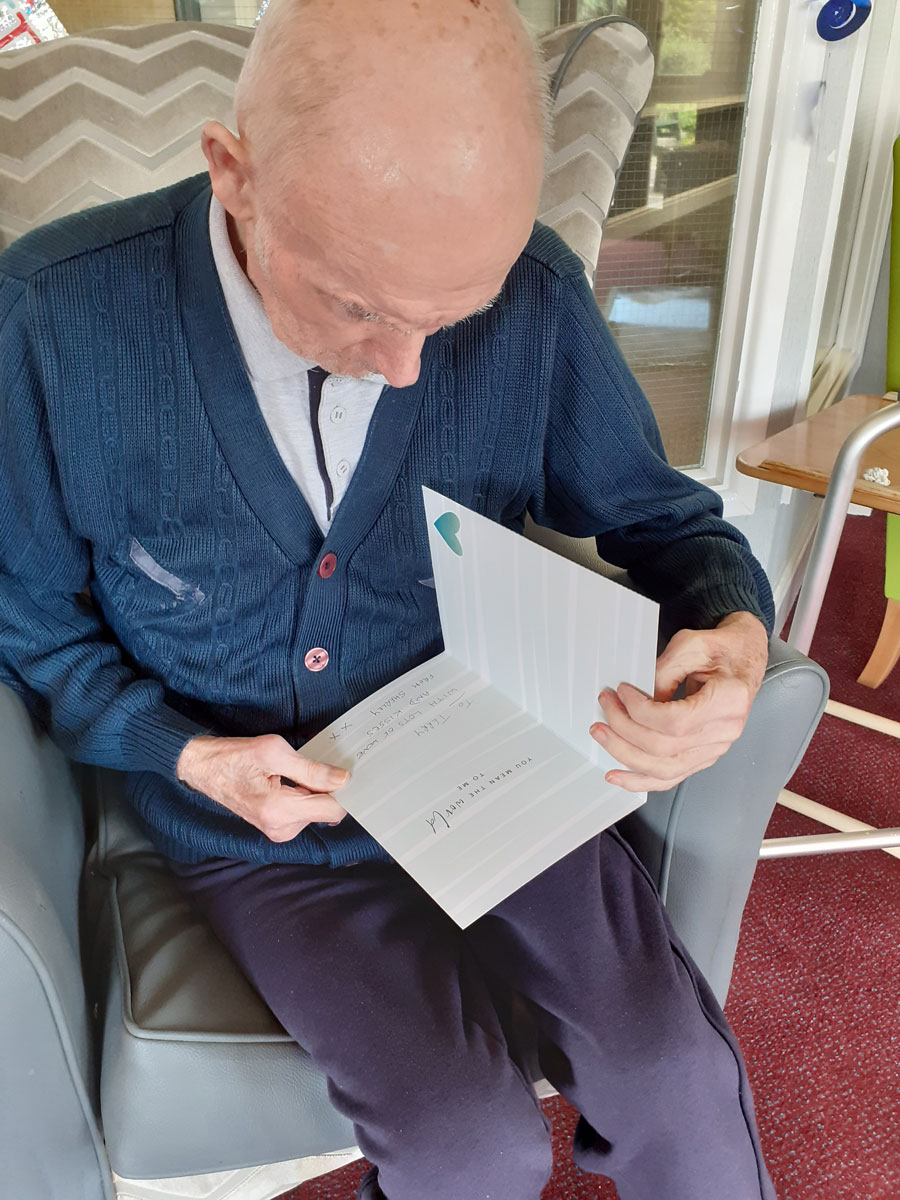 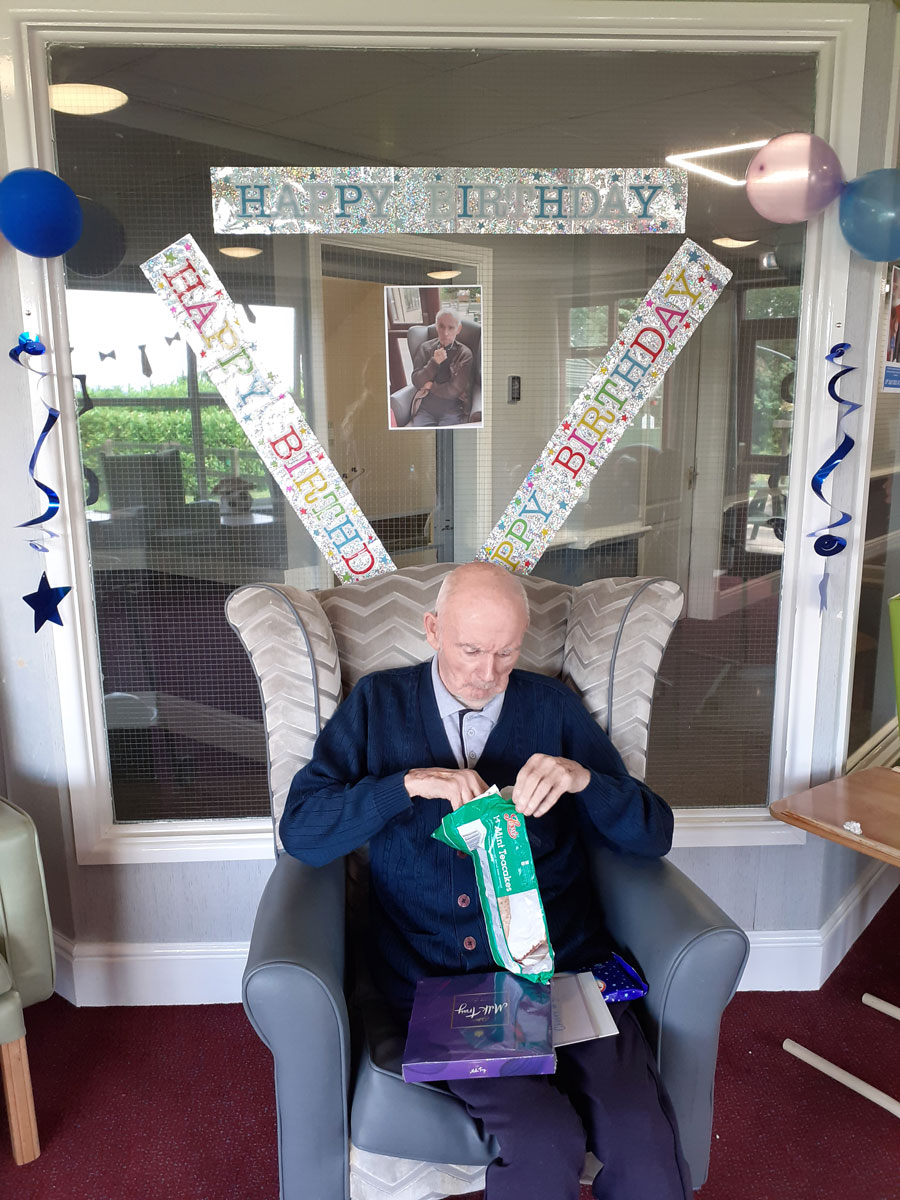