Cochrane's John keeps staff on their toes at 75 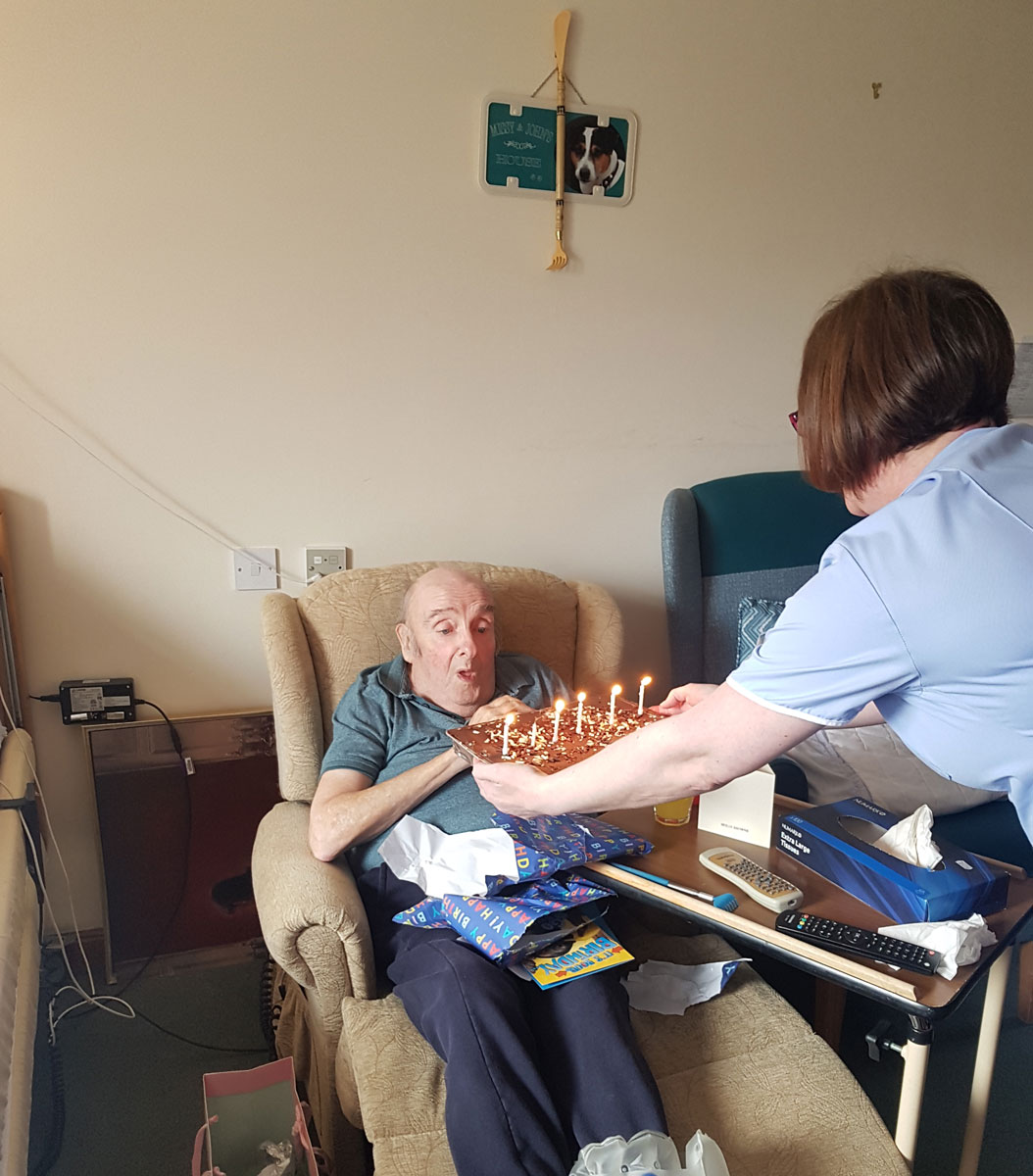 John, a resident at Cochrane Care Home celebrated his 75th birthday this week.

For some reason, it was mentioned that John was turning 85 and when John kept laughing and saying 'I must have lost 10 years somewhere, I'm only 75', the staff thought he was just having them on.

But, after checking his notes, it was proved that John was right all along!

Here he is, blowing out his birthday candles on his 75th birthday.

John's daughter and family were able to give him a wave from outside his window which was an added bonus. 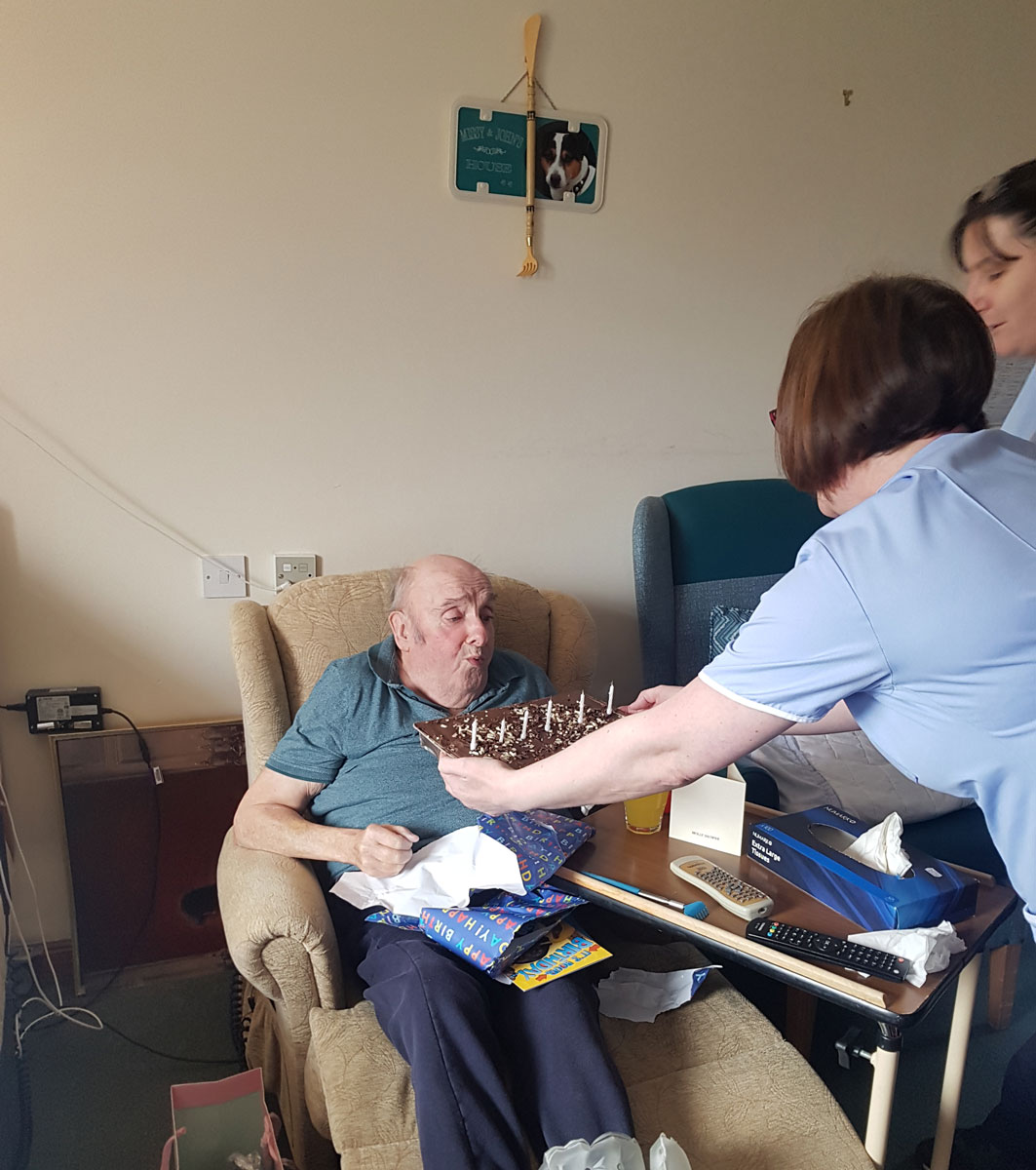